Science Fiction, or SciFi, is the subject of this wiki.

Science fiction (often shortened to sci-fi or scifi) is a genre of speculative fiction, typically dealing with imaginative concepts such as futuristic science and technology, space travel, time travel, faster than light travel, parallel universes, and extraterrestrial life. Science fiction often explores the potential consequences of scientific and other innovations, and has been called a "literature of ideas." It usually avoids the supernatural, and unlike the related genre of fantasy, historically science fiction stories were intended to have a grounding in science-based fact or theory at the time the story was created, but this connection is now limited to hard science fiction.

Science fiction is largely based on writing rationally about alternative possible worlds or futures. It is similar to, but differs from fantasy in that, within the context of the story, its imaginary elements are largely possible within scientifically established or scientifically postulated laws of nature (though some elements in a story might still be pure imaginative speculation).

The settings for science fiction are often contrary to known reality], but most science fiction relies on a considerable degree of suspension of disbelief, which is facilitated in the reader's mind by potential scientific explanations or solutions to various fictional elements. Science fiction criteria include: 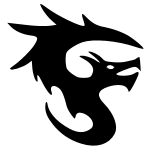