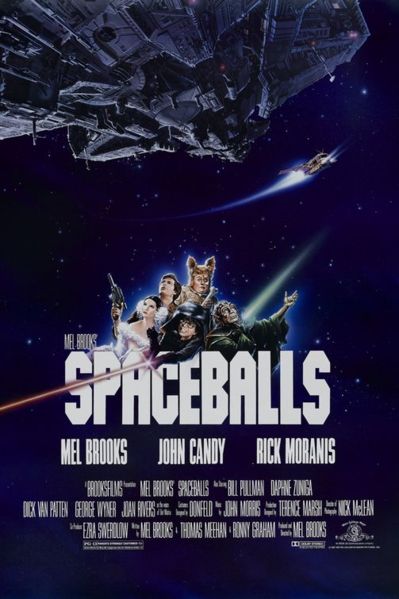 Spaceballs is a 1987 science fiction parody film, primarily spoofing the popular Star Wars movies. It was directed by Mel Brooks, and released to the cinemas in the USA on 24 June 1987.[1]

Due to planet Spaceball running out of air, a scheme is planned for their spacecraft, the Spaceball One, to steal all the air from planet Druidia.

As luck would have it with the Spaceballs, the planet Druidia daughter of King Roland (Princess Vespa) flees her wedding with Prince Valium and is captured by the evil Spaceballs. Meanwhile, rogue pilot Lone Starr, with his sidekick Barf, owe gangster Pizza the Hutt a large amount of money, which they negotiate a deal with King Roland to rescue Princess Vespa from the Spaceballs. All sorts of mishaps result afterwards once Lone Starr runs out of fuel and gets chased by the Spaceballs and head villain Dark Helmet.

Spaceballs is a parody of science fiction, focusing primarily on the popular Star Wars movies, but also took ideas from...

Mel Brooks had said he was planning on doing a Spaceballs prequel, but as of 2011, this project has still yet to emerge. A short-lived series of Spaceballs: The Animated Series was created though, but only lasted one season. 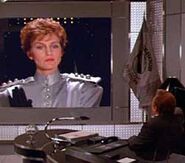