I'm into video games, digital photography, music (from pretty much anything from new age to death metal), have an interest (and past experience) in law, and have enjoyed sci-fi for pretty much all of my life. I'm a bit busy with other wikis right now but I'll fill in/bring over some stuff from others from time to time when I can.

Here's a Top 5 List of Favorite Sci-Fi Shows of mine though (not necessarily in order, although the first two are pretty much a tie though):

Some links of interest (or not)[] 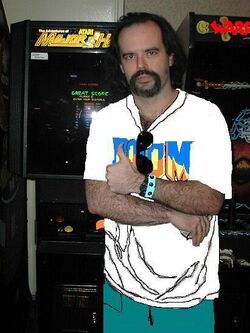